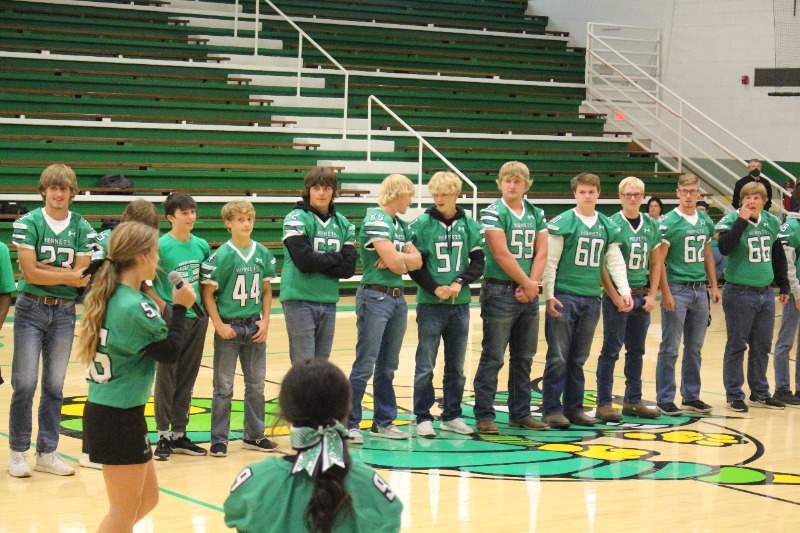 On Friday, September 30, there was a pep assembly held in the high school gym to wish the football team good luck for the game against Routt. There were multiple events at this pep assembly. The first thing that happened was that the football team was called to the floor and recognized. The next event was where students had a tug of war.  After this, an event happened where 6 people from each grade would go down to the tables at the middle of the gym floor. The groups would get into pairs, and one person would get behind the other. The person behind would use their hands to apply lipstick to the person in front. After this. those students competed to see who could throw three footballs in a trash can first. The pairs were the same, and the person in the back threw the ball for the person in front of them. The freshman won this event. Then, the grades had a sing off to see who sang the school song the loudest, which the seniors won. The teachers surprised the student body by performing the school song as well. Former cheerleaders Jill Schenk, Melissa Markert, Nichole Miller and Jami Schuwerk along with Sarah Maas, Megan Woodward and Amy Ham did the actions to the school song. Mr. Hoots played the drums and Mr. Gard played the trumpet.