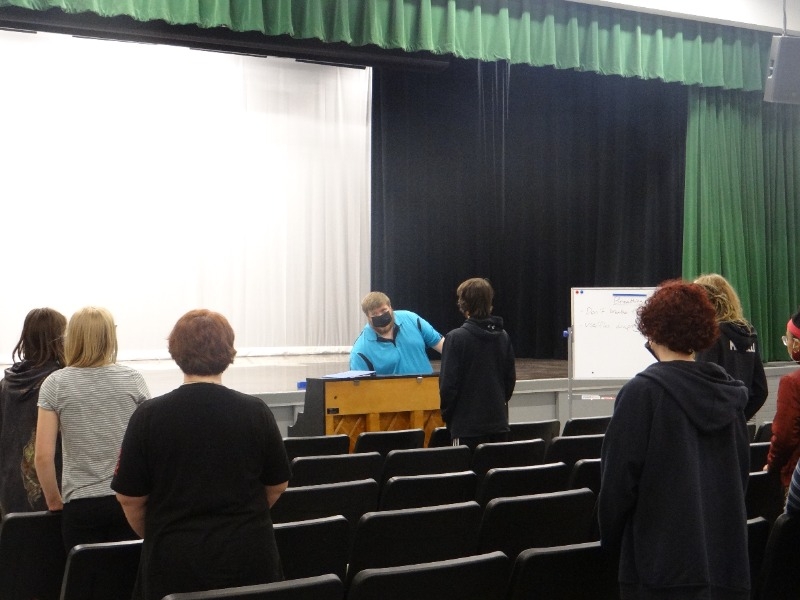 Mr. Tynan graduated college in 2020, but graduated from BC in 2016. He participated in Chorus every year when he went to school here and earned the Choral Music Award. He continued in college being in every choir that he could, including the elite choir “Chamber Singers” and the men’s group “Blue Tie Affair”. He was asked to help Mrs. Ingram a few years ago with the drama club when they were doing a musical and plans to help out again when drama starts up. He was involved in drama when he went to school here. He has enjoyed the kids the most so far in teaching. He said they are really responsive to learning and honing their music skills and that’s incredible, especially since his choral groups are so small. Outside of school, he streams on Twitch in his past time, sometimes fish when he can, and he is currently getting prepared for his wedding that is coming up in late October. They just bought a house in Mt. Sterling. Mr. Tynan has a younger brother who went to school here and played football and set some records. His parents still live in town as well. Welcome back Mr. Tynan!